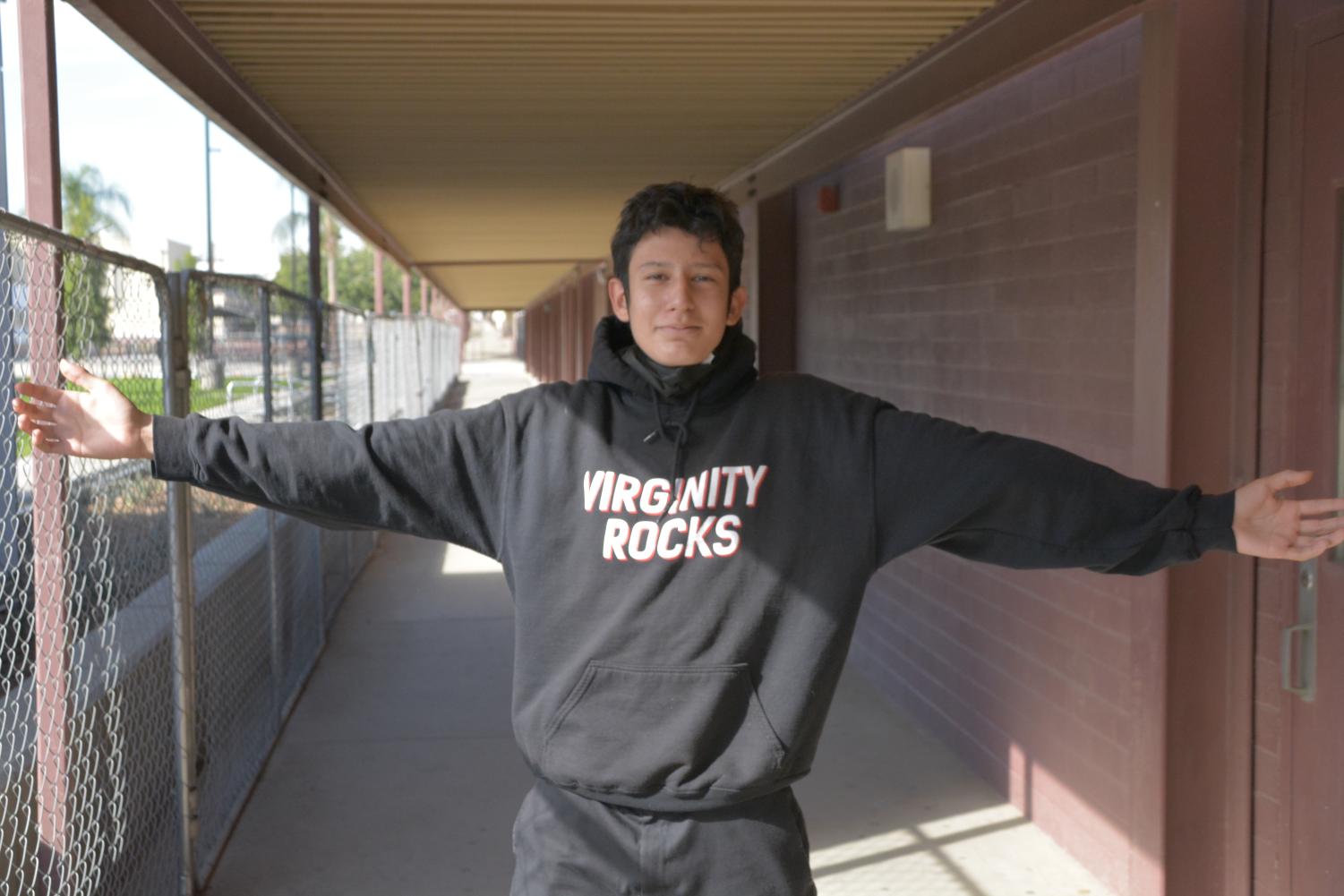 The “Virginity Rocks!” clothing line has been seen all over campus this year. In this side-by-side feature, Aireanna Romo shares about the history of the trend and the controversy it has sparked across the nation. Then, Misael Terriquez shares an opinion about what our school should be doing in regards to the fad.

“Virginity Rocks” is an all around popular brand that has become a teenage sensation.

Danny Duncan, A 27 year old YouTuber who carries out pranks for his 6.21 million followers started wearing “Virginity Rocks” shirts as a joke.

Duncan’s “joke” didn’t last long as the phrase caught the eyes of his audience. And as of 2017, the phrase “Virginity Rocks” started gaining its numbers in views and became extremely popular.

Duncan’s clarity grew even more as a new partnership with Zumiez was introduced. The teen-centric store joined up with Duncan to sell his merchandise, like shirts, sweatshirts, and sandals. With the online sales reaching up to 1 million dollars, it was safe to say that the brand was thriving.

Zumiez employees were especially pleased as they were making more money because the shirts were easy to sell.

“It’s not really my best selling product but it’s also definitely not my worst selling product,” owner of the Zumiez in the Inland Center Mall said. “All around it’s a good seller here. I have a lot of staff members that wear it and buy it as well. I would say we usually get up to about more than three sales a week at most.”

However, while sales are strong, many schools and religious groups are not pleased with students wearing clothing considered “offensive.” In several schools, students have been sent home, making parents furious.

Many have shared about these incidents online, pointing out that “Virginity Rocks” isn’t promoting anything offensive, but actually something positive. Schools like Colton High don’t seem to have a problem with the clothing, its words not violating the dress code at all.

“I had a conversation in my head about it when I first saw it on campus. It felt like that was an odd thing to censor.” Colton High Principal Joda Murphy said.

Nonetheless numerous schools, like one in St. Charles county in St. Louis, or Roseburg High in Connecticut, proceeded to ban the clothing. Despite efforts to ban the brand, it only continues to grow in popularity. Today, many young adults continue to wear the merchandise whether it be to show support to the creator, Danny Duncan, or just because it’s “cool.”

Clothing line may be a joke, but not for everyone

Danny Duncan is a popular YouTuber whose channel is based on jokes and pranks. He released a popular clothing line brand that has been seen on the school campus called “Virginity Rocks.”

Duncan himself has said that he is not a virgin, and actually made it as a joke. However, he says he’s happy that people are wearing it with a pure heart.

Those with a pure heart have no intention of making a joke, but are actually claiming: “Virginity Rocks!”.

In the New York Times piece, “American Teenagers Are Declaring ‘Virginity Rocks’,” we learn teenagers in Missouri, Oregon, and Wisconsin were suspended for wearing these clothes.

Some parents were even outraged that the schools were not letting students bear the positive messages of pro-abstinence.

What does Colton High think about the “Virginity Rocks” clothing line? Well, most think it’s a funny and unharmful joke about pro-abstinence.

But some people wear this clothing line with pride in their sexual position. They state proudly that virginity actually does rock.

Here at this school, Colton takes pride in the fact that we’re all different, we have different beliefs, different heights, and different hair.

As a generation, we are becoming more and more sex-positive,  partly due to our influences. We are always being exposed to the ideas of social media influencers or celebrities. Consider the song “WAP,” by Cardi B and Megan Thee Stallion. This song is the presence of where our generation is headed, with doing drugs and having sex now looked like a positive, there’s not really any room for “Hey, ‘Virginity Rocks!'”

Our administration needs to keep up with our generation so they could keep up and have an idea of what goes on in our everyday lives.

For me, “Virginity Rocks” means writing your own story as different in a world where everyone is trying to fit in with each other.

Donate to The Pepper Bough
$125
$2000
Contributed
Our Goal
Submitting donation...