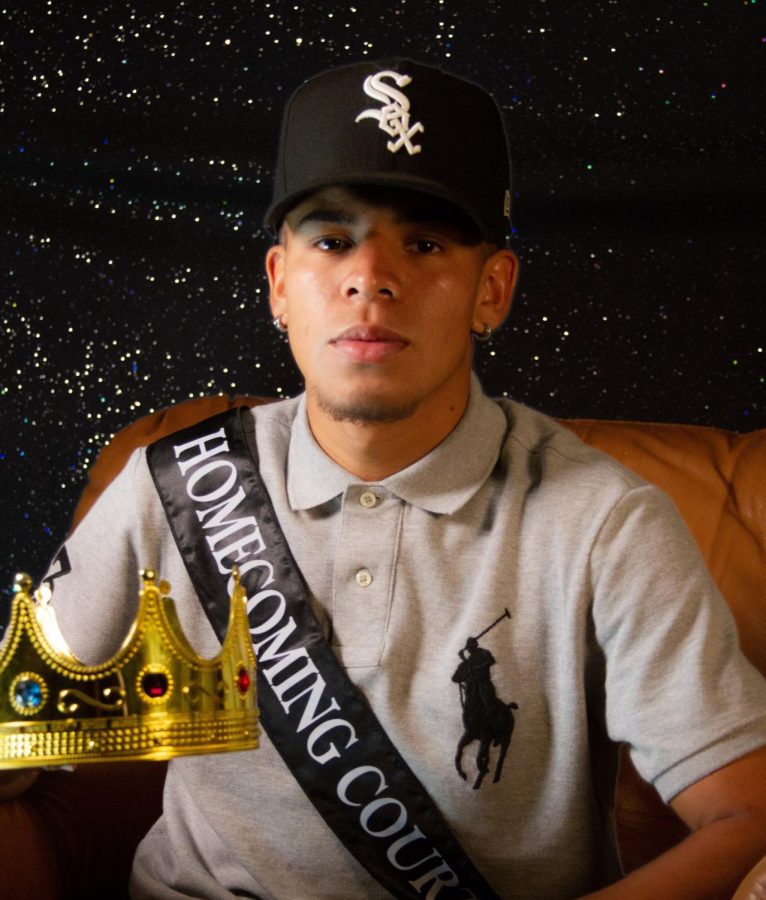 Gabriel Aparicio is captain of the football team, member of both the basketball and baseball teams, He is now looking to become the 2022 Homecoming King.

All About Sports and Family

Gabriel Aparicio leaves everything out on the field or the court, and now he may well win a crown for it

Sports are in Gabriel Aparicio’s blood.

Captain of the football team, member of the basketball and baseball teams, Gabriel likes to be the move. He’s always doing something.

A lot of people already know who he is, though. This is not his first time running for court. He won Prince in both his freshman and junior years. It’s possible he may well have won as a sophomore if the pandemic had not canceled Homecoming. Now, in his senior year, he is hoping for his third win to make his last year of high school even better.

Winning titles like these run in the family. “I had an older sister come here,” he said, referring to his sister Kimberly. “She was well known, too. She won sophomore Princess, junior Princess, and she won Prom Queen.” And his younger sister, Kaila, also won freshman princess last year.

A lot of this is just due to having incredible family support. His family has been supporting him through it all since the beginning. “During the game [his mom, Amber Suchil] has like a banner and lights up and has my name—like she’s really loud, too.” It’s true, Gabriel’s mom is his loudest cheerleader, following the team everywhere, from the comfort of Colton to the cold climes of Big Bear.

“It’s cool,” Gabriel said about his mom’s excitement. “And she’s done that ever since I was little. I think it’s cool and she’s really supportive. Not just her, but my whole family too, like even my grandma and grandpa on both sides. They’ll always take time out of their day and just watch my games.”

That support extends to his family of friends, too. Gabriel appreciates the friendships he has made with his teammates. “It’s like you spend more time with your football players than your actual family,” he shared. “It’s cool, like building your brotherhood.”

That “brotherhood” also has an important sister, fellow nominee Denise Diaz. He campaigned with Denise in their freshman year, and now they are doing it again senior year. “It’s crazy how it’s our last year and we’re both at the same spot, running again together.”

And now the big moment is upon him. He’ll hardly have time to think about it, because he’ll be out on the field fighting Fontana during the Homecoming game. But that’s how Gabriel likes it. He can’t sit still for long, and he’ll do his best to win both the game and crown.