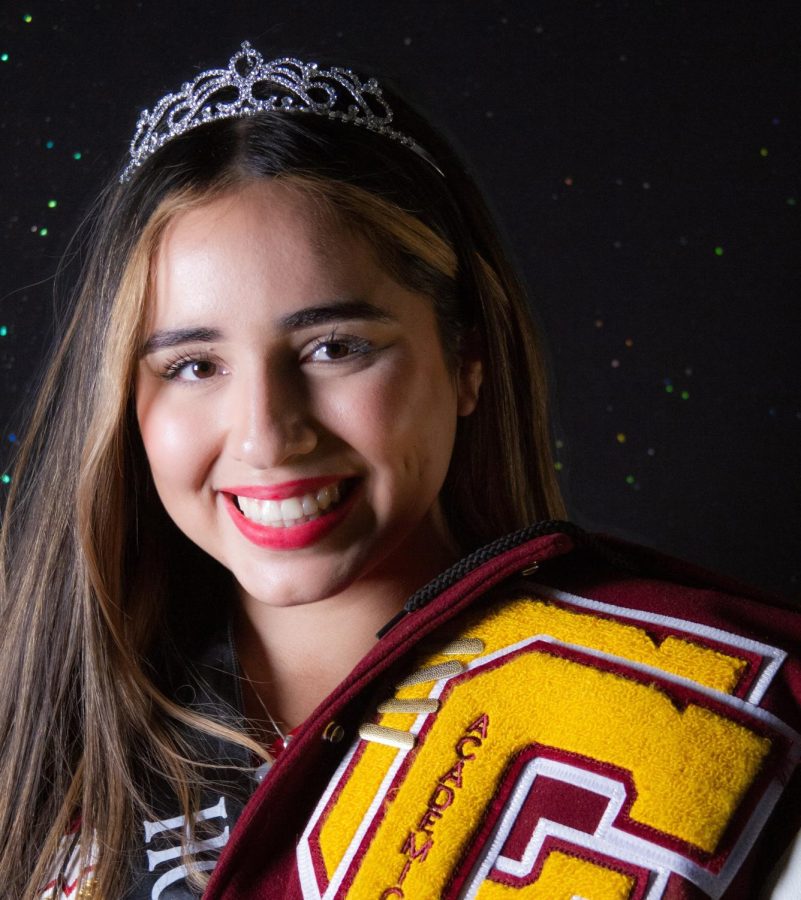 Denise Diaz is Senior Class President, President of the National Honors Society, Captain of the Cheer team, and involved with AVID. She is also running for 2022 Homecoming Queen.

For Denise Diaz, winning Homecoming Queen is about a lot of things: legacy, breaking stereotypes, and accomplishing everything see sets her mind to achieve

For Denise Diaz, winning Homecoming Queen is all about legacy.

Last year, during halftime of the game against Grand Terrace, Denise’s older sister, Dannya, was crowned Homecoming Queen. It was a special moment for Dannya, but also for Denise.

Originally, Dannya didn’t want to run for Queen. She wasn’t deeply active in CHS culture at the time, and wasn’t sure she should do it. Denise saw something else in her sister, and nominated her through ASB. Then she went to work, got Dannya excited about the prospect of running, and helped her build her campaign.

The crowning moment was in many ways just as much about Denise’s love for her sister and tenacity as a student leader as much as it was about who wore the crown.

And now, Denise gets her own opportunity to shine. “It’s 10 times more special because of the fact that my sister won before me,” she said.

“A lot of people think the title is pretty, and that [I’m running] just because I’m a cheerleader,” she said. “On the flip side, no one sees me staying up till 1 a.m. doing homework, or staying at school for 12 hours with clubs.”

It’s true. No one sees the work that goes into what she does, only the results. And the results are admirable. In addition to being the captain of the cheer squad, Denise is Senior Class President, President of the CHS chapter of the National Honor Society, and ranked in the top five of her graduating class. Last year, she graduated from the Young Legislators program offered through California’s 47th district and sponsored by Assemblywoman Eloise Gomez Reyes.

And as if that was not enough, Denise even has a job working at Journey’s in the Inland Center Mall. It will come as a surprise to no one that she has already been tracked to assume a management position once she turns 18, and the only thing keeping that from happening is that she will be going to college next fall.

And, lastly, for Denise Diaz, winning Homecoming Queen is about having it all.

At heart, despite the hard work and long hours, she is a self-admitted “girly girl,” and she wants everything that comes with being Queen.

“It goes back to being able to do it all,” she said. “I want to accomplish it all—I was class president, I was in National Honor Society, I was captain of the cheer team. I just want to say that I did it all.”

At halftime of the Homecoming game, she’ll find out.