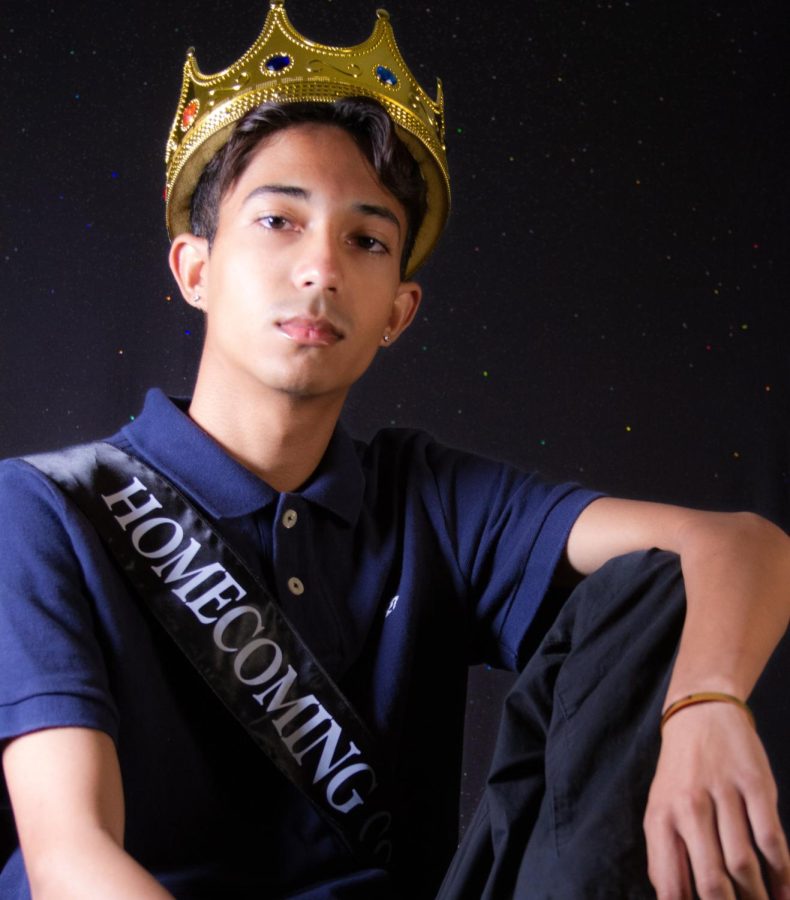 So Much More To Know

Samay Ramachhita is a beloved presence on campus, involved in a number of activities. Here are some things you probably don’t know about him.

Samay Ramachhita is the guy.

Think of nearly any organization on campus, and he is probably involved. ASB? Check. He’s the ASB secretary. Link Crew? Absolutely! Samay has been involved with them for the last two years. He’s also involved with AVID, boys volleyball, and the FIDM Fashion Club.

Samay is definitely the guy.

Most everyone knows this about Samay. The Pepper Bough already published a feature about him this year for his work with Link Crew. There are few guys on campus who are more well-known, and deeply involved with Colton’s culture than he is.

Here’s some things you probably don’t know about him:

“I want to continue breaking the stigma of having a straight male win the king’s crown,” he said, referring to his sexual orientation. Samay came out as gay at the end of quarantine, and his decision to do so changed his life. “I found a lot of self-confidence,” he said.

Samay has a job. Back in January, he started working at the Gonzales Center where he discovered a passion for working with kids. His dream job is becoming some type of child therapist, especially for children in the foster care system. “It’s a system that doesn’t have enough involvement,” Samay said. “Children in this system are treated poorly.” Now, Samay wants to shine a light on helping these kids get the resources and support they need to thrive.

And here’s one more thing:

During the quarantine, Samay discovered a new hobby. Painting. He had so much time on his hands, and had been taking lots of photos of nature with his phone, that he decided to try his hand at painting flowers. “I like the aesthetic of flowers,” he said. Doing this became a huge stress reliever during that uncertain time.

Nominated by the junior class, ASB, Link Crew, and AVID Club, Samay has a lot of support as he looks to be crowned Homecoming King. “To me, this means that people really see me as a positive person and a good representative,” he said. “Just to be on the ballot, it’s an honor just to be included.”