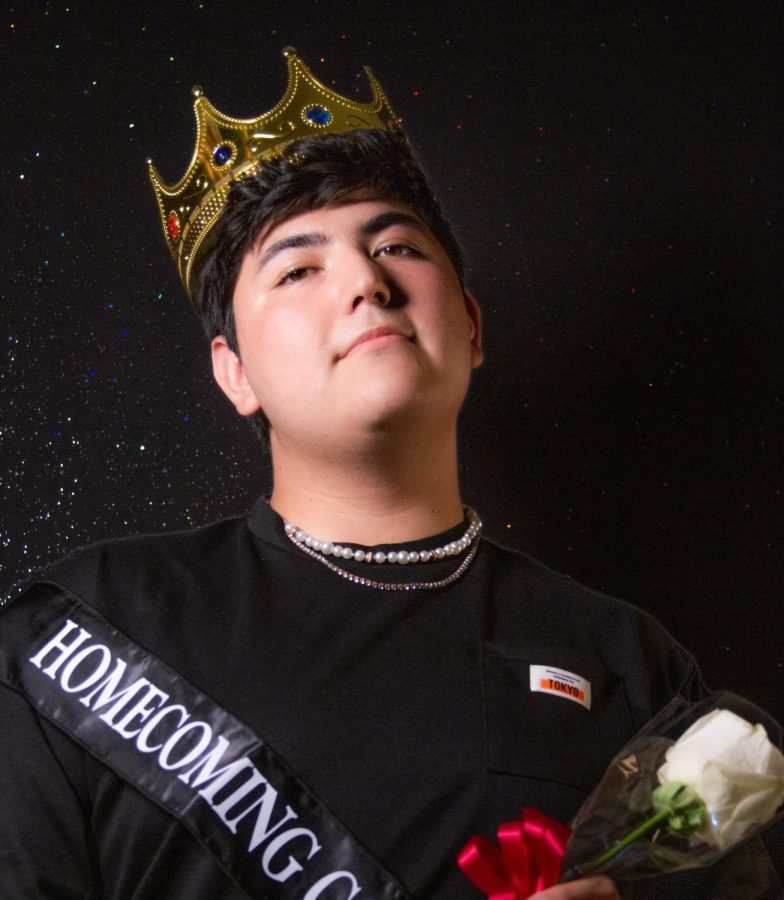 Vincent De Anda is a distinguished member of Colton High’s Link Crew. He is in the running for 2022 CHS Homecoming King.

Nothing But Love to Give

Vincent De Anda is committed to Colton and community service. Now Colton is giving something back with his nomination for Homecoming Court.

For Vincent De Anda, being nominated as Homecoming King is validation for the love he has for Colton High and the surrounding community. It’s this love that kept him here for his Senior year, even as his family planned to leave the state and move to Arizona.

It was a tough decision to move in with extended family, to put all his eggs in one basket, so to speak, but when that rose was delivered by ASB on September 22 during second period, it made him realize that all the heartache and struggle has been worth it.

Link Crew nominated Vincent to run for Homecoming King because he exemplifies their focus on community service. The organization has several high expectations for its students, and Vincent exceeded them all.

This love for community has been a part of Vincent’s life for some time. For years, he served in his church’s children’s ministry, working with kids and mentoring them. It’s not dissimilar to the mentoring he now provides for freshmen students in need of guidance as they begin their high school journeys.

But giving back to the community is not purely selfless on his part. Vincent loves what giving to others does for him personally, and believes “everyone should feel the same.”

Obviously, right now Vincent’s sights are set on winning the Homecoming crown, though. When Link Crew nominated him, he had no idea how to put together a campaign. With the help of his family and friends, he started to get the hang of the whole thing, papering the school with flyers and promoting himself on Instagram.

After this year ends and all the graduation excitement settles, Vincent intends on moving to Arizona to join his family. He’s even looking into applying to school at Arizona State.

But for right now, at this time and place, he’s just going to enjoy the moment and enjoy the love.