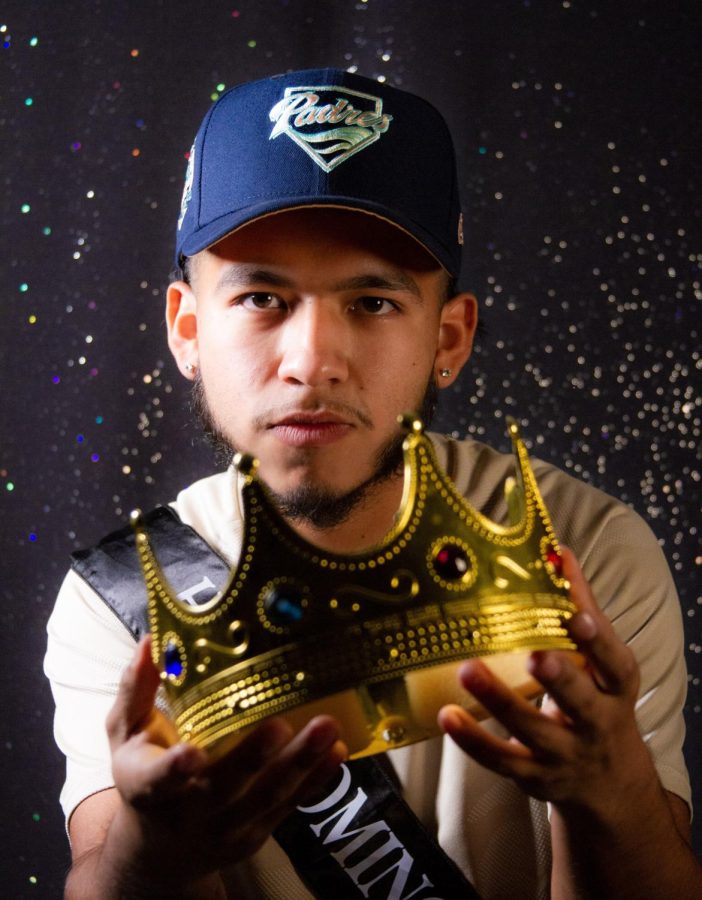 Axel Vasquez plays varsity football and soccer, and works on the staff of the CHS Crimson & Gold Yearbook. He is running for 2022 Homecoming King.

Axel Vasquez made the cut for Homecoming Court. While being King would be great, he is set on building his future by cutting hair.

Axel Vasquez is excited he made the cut.

Axel is a nominee running for Homecoming King this year. He’s a self-taught barber that works in the comfort of his own home. Always working. whether he has clippers in his hand, at home, or at a restaurant working part-time.

“My daily routine is going to school, then to football, and going home to shower, and then I take any clients that want a cut.”

While he likes soccer and football, being a barber is everything to him. He learned how to cut hair watching YouTube videos, and would practice on his family and friends.

He wants to open his own barber shop eventually, but wants to be under someone’s guidance first. So far he has been cutting hair for two years, going on three.

When he isn’t cutting hair or looking at trendy haircuts, he’s usually spending time with his friends outside of school. His friends are some of his biggest supporters, and Axel loves them for that.

He especially appreciates all the haircuts they let him give them for practice. ”Sometimes I look at a design in a haircut and I try it on my friends,” he says.

Outside of his future goals, sports always keeps him busy. He plays varsity for both football and soccer. His friends’ support doesn’t stop at the barber shop chair. ”When I’m playing football,” Axel explains, “I look at the crowd and always see my friends cheering for me.”

This year, he is very excited for the soccer season as he’ll be playing with a lot of his friends. The brotherhood created through sports has helped Axel build a strong support system.

In the future, he wants to go to RCC and get a degree or certificate in Cosmetology. With that goal comes the work of keeping up his grades while enjoying his senior experience.

To get to where he wants in the future, he needs to focus on the present.

In the present, Axel will continue to play sports, work as a barber, make lots of memories that he will enjoy looking back on . . . and of course, winning that Homecoming King crown.

He made the cut. Now it’s time to get the win.