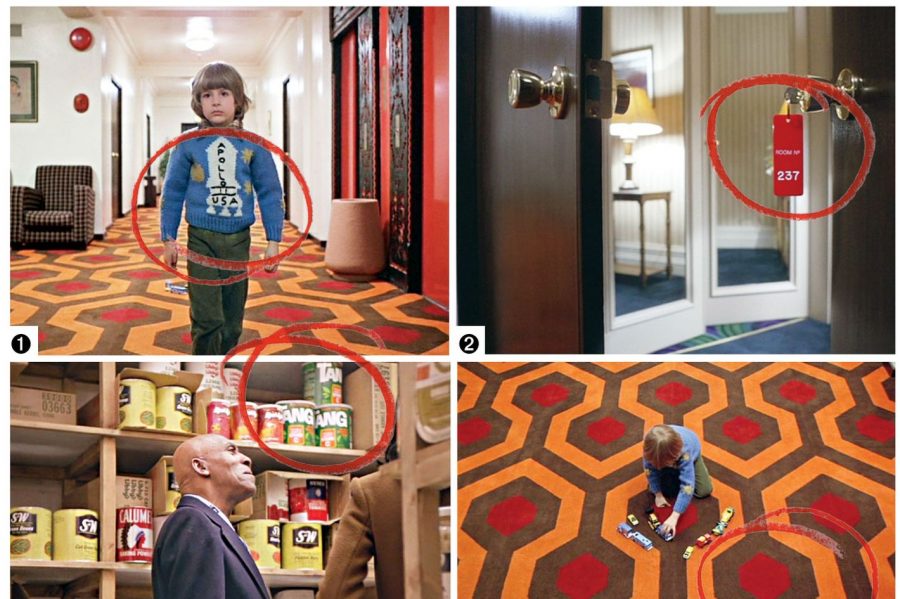 “Room 237” terrifies by showing us how people can make movies mean whatever they want them to mean.

There are few horror films as talked about as Stanley Kubrick’s “The Shining” (1980).

In fact, people talk so much about “The Shining” that a documentary movie called “Room 237” was released in 2012 focused on the theories five very different, obsessed fans have about Kubrick’s masterpiece. Through the use of voice-over, film clips, animated sequences, and dramatic reenactments, director Rodney Ascher uses the perspectives of these people to show us the horror of media obsession.

Did Stanley Kubrick really use his adaptation of Stephen King’s famous novel—which King famously hated—to clue viewers in to his role in faking the 1969 moon landing? Or, was Kubrick using the Overlook Hotel and Jack Torrance’s descent into madness as an allegory for Native American genocide? Perhaps Kubrick was obsessed with Greek mythology, especially that of the Minotaur, which is why he chose to replace the topiary animals from the novel with a massive hedge maze. And if those don’t feel right, was he really using this pop cultural touchstone to address the very real life horrors of the Holocaust?

“Room 237” is a documentary, but in its own way, it is a horror film. As the same clips play over and over, with different voices expounding on various theories, it becomes a nightmarish look into the way people think about what they watch, and perhaps how our innate desire to work out the secret truths of the universe drives us to see a movie about a drunk domestic abuser who finds a home in a haunted hotel as much more than a movie.