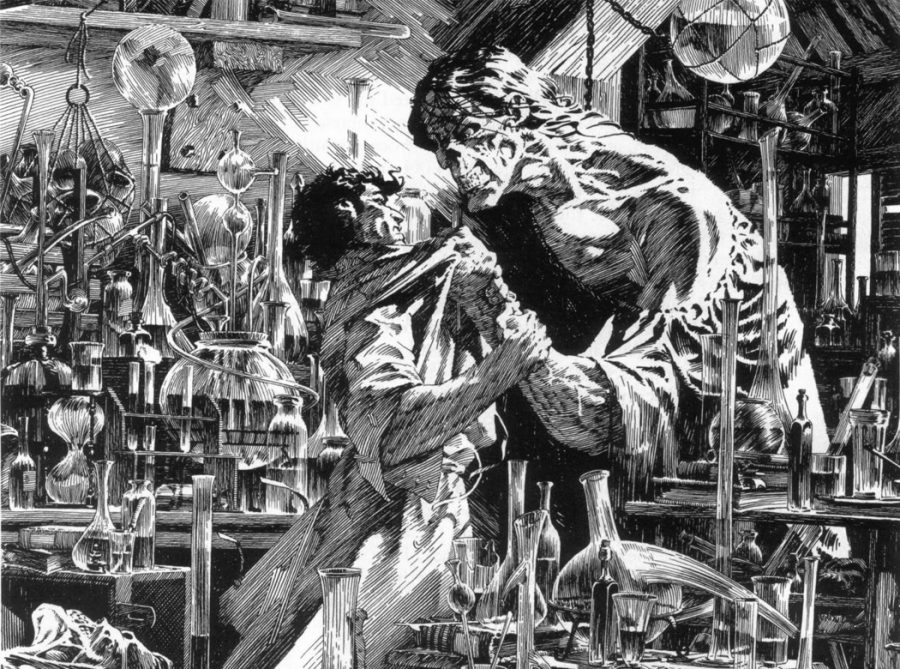 Mary Shelley's fears of being a parent fuel the terror at the heart of the horror classic, "Frankenstein"

The origin of Mary Shelley’s “Frankenstein” is itself a classic horror myth.

It was a dark and stormy afternoon in 1816. The setting: Geneva. She sat around a fire beside her husband, the frail poet Percy Bysshe Shelley, his best friend Lord Byron, and Byron’s physician, John Polidori. Without Netflix or You Tube, the group decided to drink wine and tell ghost stories.

Mary had had a nightmare, no doubt inspired by her own issues with being a mother. Two years before she wrote her masterpiece, she had given birth to a child whom she refused to name. Right before she started writing the book that became “Frankenstein: The Modern Prometheus,” she learned she was pregnant with her second.

Being a parent is at the heart of “Frankenstein.” It is about a scientist who has played god and created life, but the moment that life scares him, he abandons it to the world. While many scholars want to write about the science fiction aspects of the book, or analyze the ethics of Victor Frankenstein’s experiments, Mary Shelley was fascinated with exploring the traumatic relationship between a father and his unnamed son.