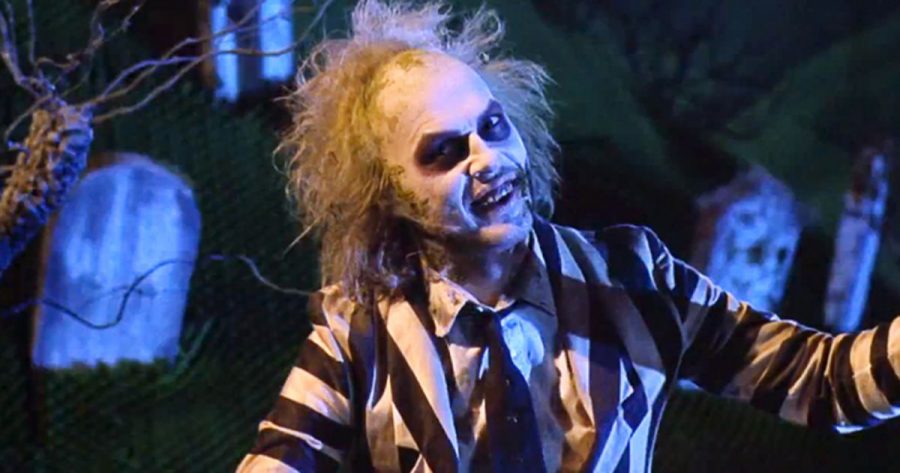 Michael Keaton’s performance in “Beetlejuice” is surprising underrated, even as the movie is very popular.

Michael Keaton breathes mirth and mayhem into the iconic Beetlejuice

Michael Keaton’s performance in “Beetlejuice” is super popular, yet overlooked when Halloween comes around.

Everyone wants to talk about Jack Nicholson in “The Shining,” or Robert Englund in “A Nightmare on Elm Street” or Linda Blair in “The Exorcist.” Yet, Keaton is enduring as the ghoulish trickster whose name must be repeated three times to make him pop up. Beetlejuice is skeevy and gross, like a worm slithering in the ground. His teeth are like rotten apple cores. His skin is pale and squirmy. And despite his charismatic behavior, there’s always this malice in Beetlejuice’s eyes that make it clear that even though he is joking, he’s not really joking.

No scene communicates this better than the “It’s showtime” scene. In the scene, Lydia (Winona Ryder) is trying to find a way to help Adam and Barbara (Alec Baldwin and Geena Davis) get rid of her meddlesome family so they may live happily ever after in their unoccupied home. So, she calls on Beetlejuice to help them. Like a used car salesman, the spirit talks her into saying his name. Once that third time happens, Keaton grins with such wicked glee that the chills come from the deal Lydia just made with this devil.