Xavier Sandoval shows great leadership on and off the field 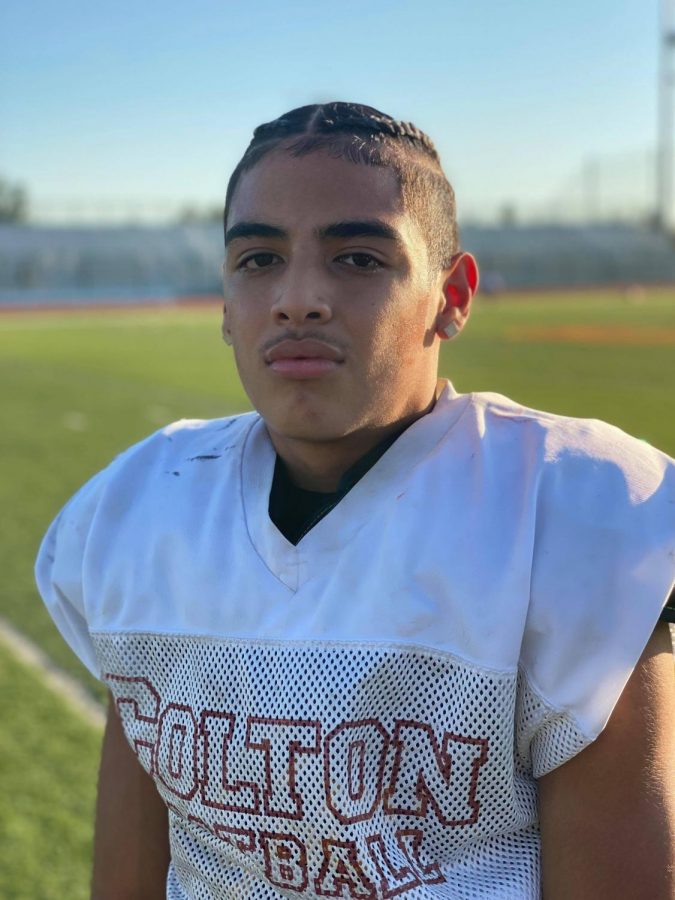 Xavier Sandoval (Grade 11) is leading Yellowjackets both on and off the field.

Student-athlete Xavier Sandoval has 15 catches and 243 yards in just two games, which is mind blowing for a student athlete.

“Xavier has shown toughness and leadership throughout the first two weeks of the season,” Coach Rodriguez said about his player whose good sportsmanship makes him a good leader and example to his teammates.

Besides being a good leader on the field, Xavier works to be a good leader off the field, too. He is trying to maintain good grades to keep playing football so he doesn’t let himself and his team down. This is quite a challenge, but he is taking to it as hard as he is to running routes, asking for help from his teammates and seeking tutoring from his coaches.

“It is pretty hard, but I try balancing it. But it’s pretty hard staying on top,” he said.

Xavier has been playing football since he was eight-years-old. His journey began even earlier, when his dad would toss the football to him when he was little. Football is more than a sport to him.

“All my problems go away,” Xavier said about when he takes the field.

He has a lot of motivation when he plays. Often he is reminded of his beloved grandmother, who passed away a few years ago. She was always sewing blankets, and the thought of her makes him strive to make her proud every time he straps on the pads.

Xavier plans on trying to get into college and continue following his dream to play professional football and make his family proud. He wants to go as far as he can playing the sport he enjoys.

“He carries himself in a more respectful manner,” Wide Receiver Coach Alex Ramos said about Xavier. “He knows people are watching him and holding him to a higher standard.”