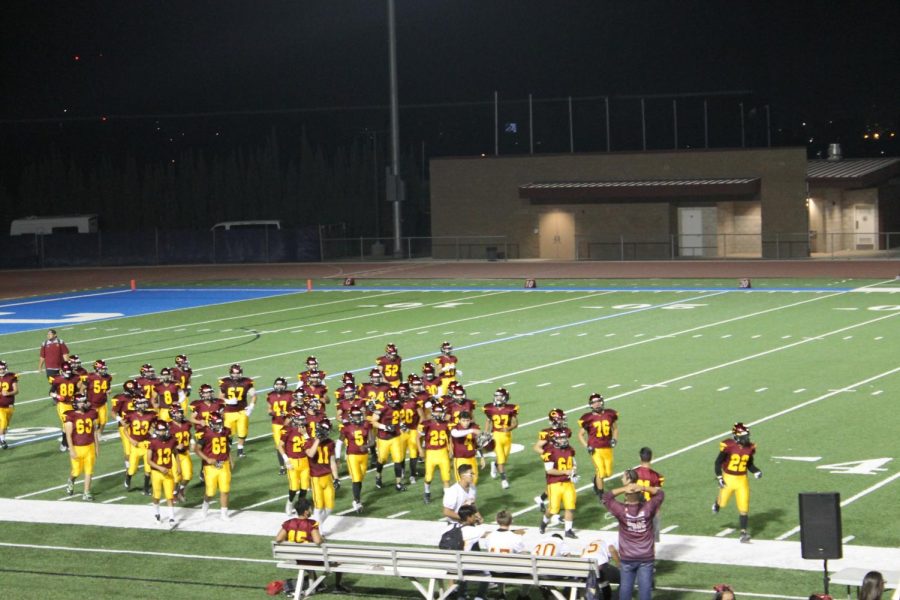 Our second home football game was so much fun! We were ready for Friday night lights. Our football team was playing against Arlington High School, the boys were pumped considering they did win their first game. Before the game started the juniors had a tailgate and were selling asada nachos and drinks which I think they did a good job in selling. Being 7 p.m. it was still hot! But to help with that there were snow cones being sold at the snack bar and funnel cakes. Before we had done construction to our football field I don’t think snacks and food were sold like that for a while, so it was good that our school can have something like again. As the boys came out of the locker rooms and ran down into the field, the stands went crazy for them and supported them by cheering on for them! In the first quarter we didn’t do so well, we were still at 0 while the other team kept making touchdowns.The stands were packed and hyped still for our boys. What surprised is that someone from our band had passed out during the 3rd quarter, the ambulance came and were ready to escort the student and check up on him out but after a while he seemed fine. This caused the students and parents to talk and gossip about what was going on and if he was alright. Although our boys were losing, students in the student section were cheering on for our boys anyway! Our student section was packed and some students from other schools had come to watch the game as well and support the team! While the game was going on you could hear a group of girls were yelling and hollering and that had annoyed some students. Unfortunately in the end our boys had lost the game 30-13 against Arlington. The loss I’m sure did bother our boys but this is only the third game of the season and they have time to improve and fix their mistakes. Our comeback will only be stronger this season!