Is World War III heading towards us? 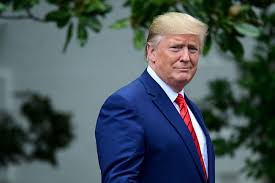 This past week Donald Trump issued a missile attack in Baghdad, Iraq on the first General Quasem Soleimani of Iran. He was killed by drone strikes that got approved by the president of the United States Donald Trump. The attack happened near the Baghdad airport and fatally killed the Iraqi general and other officials. The attack went viral and around the world due to it being a surprise to both Americans and Iraqi citizens. President Trump got a lot of hate and backlash due to his act, mostly because he was at the time in motion and getting impeached and thrown out of power. Many Iraqi citizens threw hate at Trump and most changed profile pictures to the General to pay honor toward him. The Iraqi officials and people in power later came out with a speech talking about getting revenge on Trump and how they want to go to war with the United States and how they want death to him and the people in power of the United States.

I personally believe that the situation with killing General Soleimani was very unnecessary on our part. The U.S. had no real conflict with Iraq and they were no treat at the time. So, for Trump to just go and kill their General i think it was just for media and to show that Trump had power. I strongly believe that the U.S. will go to WWIII with Iraq later in the future due to this. If a world war 3 does happen it will be devastating because of the huge militaries that both countries and their allies have. Both countries will undergo major casualties and many people will die. If it does happen I will personally join to fight, but either way I will probably be forced to join because I’m the oldest brother of 3. But, of course I hope this never happens because people will lose lives and war is always the last option. I have 2 cousins who are currently listed in the marines and if this world war happens they will have to go to battle and that worries me because of the decent threat that Iran and how deadly they have proven to be in Afghanistan in 2001..