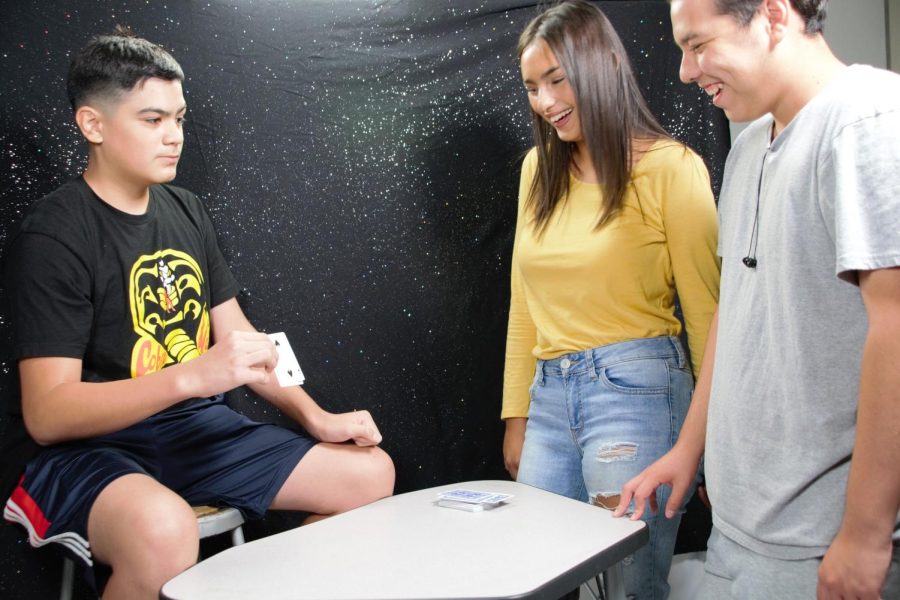 Emiliano Castaneda is no stranger to the magical arts.

Part of the class of 2026, Emiliano enjoys doing magic for people during lunch and sometimes during class. His magic tricks include both cards and coins, but he especially loves playing with cards..

When he does his tricks Emiliano enjoys looking at the facial expressions of the people who witnessed the tricks he did.

“Even though I know only five card tricks,” Emiliano said. “I do magic because I enjoy seeing the confused and happy faces people have when they witness what I can do.”

Before he started doing magic, Emiliano would watch people like Penn and Teller or Justin Willman and be amazed by the tricks they performed on television which led him to try his own “sleight-of-hand” at magic.

Emiliano remembers, “One of the tricks I had seen performed was a levitation trick. Even though the levitation wasn’t that high it was still impressive.”

Besides doing magic, Emiliano enjoys skateboarding, doing stuff with RC and actual cars, and solving Rubik’s cubes. With the Rubik’s he’s particularly exceptional, his fastest time is about 45-46 seconds. “I do use a Rubik’s brand cube,” Emiliano says, “so it doesn’t turn as good or fast as a speed cube would.”

He may not aspire to be a professional magician, but Emiliano still enjoys what he does and still wants to pursue magic as a hobby. At this moment Emiliano is working on a few new tricks to perform. He’s sure to unveil them soon during lunch.