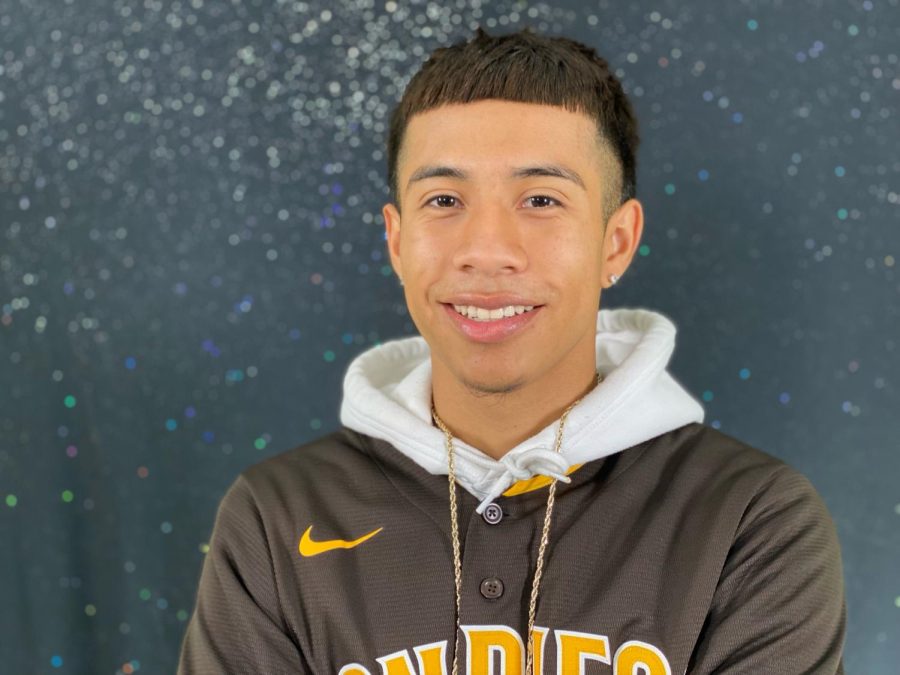 Damian Valdez is hustling to become the 2021 Homecoming King.

Damian Valdez knows how to hustle

Damian Valdez is always working. Whether it be at home, school, KFC, or the baseball field, this young man knows how to hustle.

“The most interesting thing in my life right now is just keeping my grades up and baseball practice after school.”

As much as Damian loves doing all of those things, baseball is everything to him. He practices everyday after school, and wants to have a baseball career after high school. He has been playing on Colton High’s varsity team since his freshman year in addition to the club teams he plays for when Colton is not in season.

Damian plays baseball so much, he constantly wakes up sore. It’s a small price to pay.

That starts with going to a 4-year college. He has already applied to Cal State Fullerton and Chico State.

To get there, Damian is all about good grades and having a great high school experience with his friends at home and school.

All that hustle has given him a lot of confidence. He had a feeling he might get nominated for Homecoming King since he was also Colton Middle School’s Homecoming King in 8th grade.

He doesn’t get everything—that’s why he started working. He wanted to do everything on his own.”

Outside of school, Damian is already a working man. He works at KFC, and has already saved enough money to buy his first car. He bought an Infiniti G35, and is working diligently to pay it off.

“I’m a really proud mom,” his mother, Wendy, said. “He doesn’t get everything—that’s why he started working. He wanted to do everything on his own.”

That means hustle. While Damian’s goals are simple—“Just keeping my grades up and hanging out with friends”—he is completely dedicated to accomplishing them.

Donate to The Pepper Bough
$1500
$2000
Contributed
Our Goal
Submitting donation...