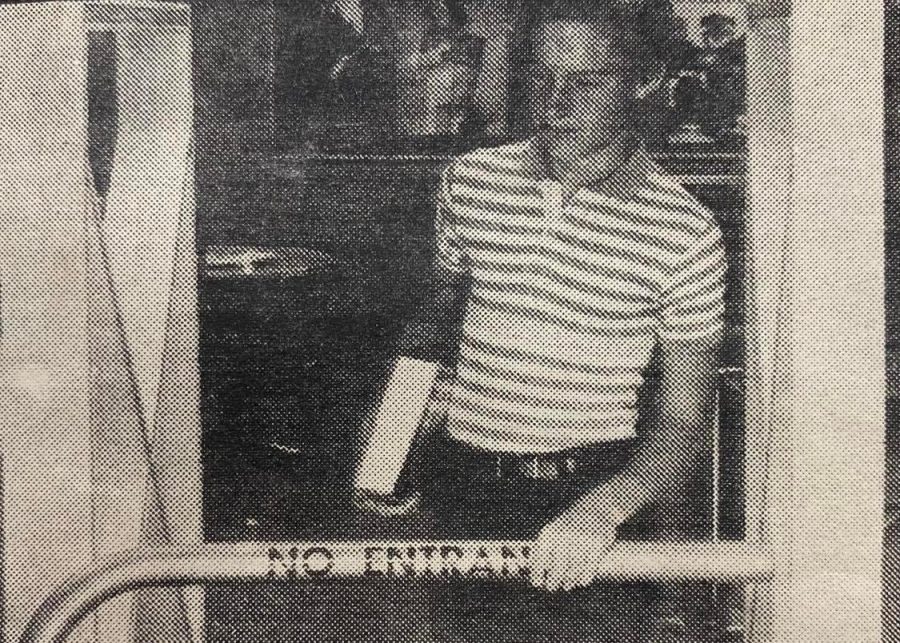 Due to widespread theft, the CHS library installed a security system in 1985. Freshman Greg Orndorff is pictured here testing the book detection system, which was four weeks old at the time.

In 1985 theft became a real concern for the Colton High library. Five hundred books were getting stolen per year, which was costing the school quite a lot of money for replacement. Speaking to the Pepper Bough in April 1985, media specialist Charles Graser said, “Students would steal the best books we have. It was horrible because they would just disappear and we lost a lot of magazines as well.”

To solve the problem, the library Media Center installed a book detection security system. Unchecked books would trigger the alarm system, alerting the librarian. However, that did not stop thieving students from trying to bypass the system. Kids would exit through the gate in groups to prevent the alarm from going off. Those caught tampering with the security system were referred to administration for disciplinary action.

The security system was officially removed in 2019 as part of the library renovation that took place that year.