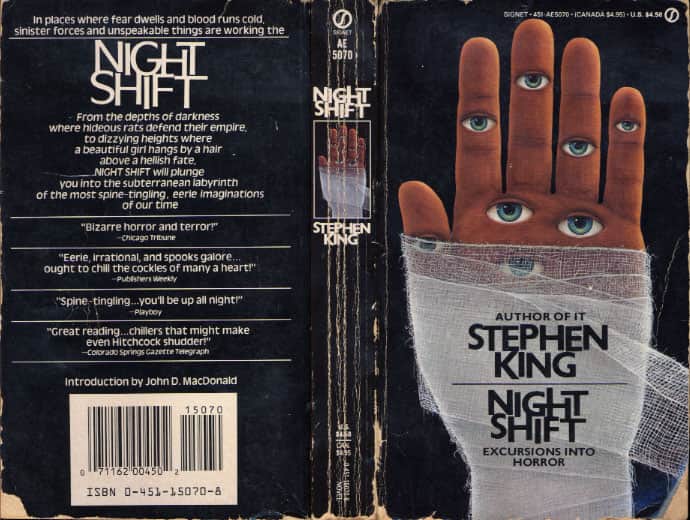 Stephen King’s “Night Shift” (1978) was his first collection of short stories. It is still considered a classic in the genre.

Stephen King gets to the heart of fear in this classic collection of short stories.

Before Stephen King became a household name, he was a struggling prep school teacher in Vermont writing stories for men’s magazines to barely pay the monthly bills. Every night he would cramp himself into a small closet in his double-wide trailer and type out grisly short stories about living cars, children in a cornfield cult, and companies that employ brutal methods to help people quit smoking.

After King struck literary gold with the publication of 1974’s “Carrie,” he would go on to republish these short stories in a collection called “Night Shift” (1978). “Night Shift” is considered an essential collection of horror fiction by one of the 20th century’s most influential writers.